According to a report presented at the American Society for Cell Biology (ASCB) annual meeting in New Orleans, an experimental drug that singles out macrophages, a kind of immune cell,  in the microenvironment surrounding the fatal brain tumor glioblastoma multiforme decreased the cancer’s growth and prolonged survival of laboratory mice with the cancer.

“The rates of apoptosis, or programmed cell death, were higher in the mice treated with the experimental agent than in the untreated animals that also had high-grade glioblastomas. As a result, the drug-treated laboratory mice survived many months longer than the untreated animals with the same cancer,” said Johanna Joyce, Ph.D., of the Memorial Sloan-Kettering Cancer Center (MSKCC) in New York City.

“The experimental drug blocks cell receptors for colony-stimulating factor-1 (CSF-1R), which is essential to the differentiation and survival of tumor-associated macrophages and microglia (TAMS), which are the brain's front-line immune defense cells. The microenvironment that surrounds brain tumors contains many macrophages with this receptor,” she added.

Glioblastoma multiforme (GBM) is the most prevalent and the most fatal adult primary brain tumor, with a median survival rate of just 14 months from the time of diagnosis. Even with heavy handed treatment by surgery, radiation, and chemotherapy, most treatment plans targeting the glioma cells in GBM fail.

Faced with this daunting task, Joyce and her research team at MSKCC searched for an alternative strategy and looked to the cancer's cellular neighbors, the non-tumor cells that are part of the glioma microenvironment. More specifically, they honed in on tumor-associated macrophages and TAMs.

When Joyce's lab utilized an inhibitor of the CSF-1 receptor (CSF-1R) to target TAMs in a mouse model of GBM, the treated mice survived many months longer than the control group. Their established, high-grade gliomas degenerated in increase and growth, even though the glioma cells themselves were not the targets of the CSF-1R treatment.

According to Joyce, with the TAMs blockaded by CSF-1 inhibitors, it was the tumor cells that demonstrated elevated signs of apoptosis. The TAMs were not even exhausted in the treated mice, despite the drug blockade of their growth factor. Instead the TAMs survived by responding to growth factors secreted by the gliomas, including GM-CSF and IFN-γ.

The MSKCC researchers also discovered that tumor spheres, recently secluded from glioma patients in the surgery department at MSKCC, responded to the drug when implanted in animals. The CSF-1R blockade slowed intracranial growth in the patient-derived glioma xenografts.

According to the National Brain Tumor Society, because GBM is the most common glioma, its genome was the first to be sequenced for the Cancer Genome Atlas, which placed GBM into four genetic subtypes: proneural, neural, classical, and mesenchymal. The mice used in Joyce's lab experiments are modeled after the proneural GBM subtype. All forms of GBM have a 2- to 3-person for every 100,000 incidence rate in the U.S. and Europe. Due to its highly invasive phenotype, GBM is almost impossible to resect completely in surgery. Drug and radiation treatments are the traditional follow-ups.

Joyce notes that these new results, which were first reported only a couple months ago in Nature Medicine, are promising for planned clinical trials of CSF-1R inhibitors in accordance with radiation therapy in glioma patients.

"We are optimistic that CSF-1R inhibitors may provide a more effective therapy than current treatments for the disease management of glioma patients," said Joyce. 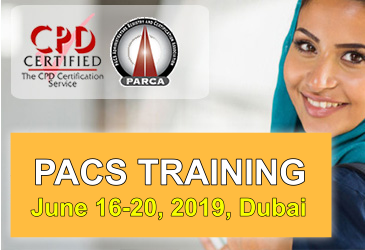 These signals are relayed buying clomid online safe which then is by a number of such as medial preoptic and paraventricular nulcei.
javporn.cc